The chatters in the market

When you’re down and troubled

Of being a rookie 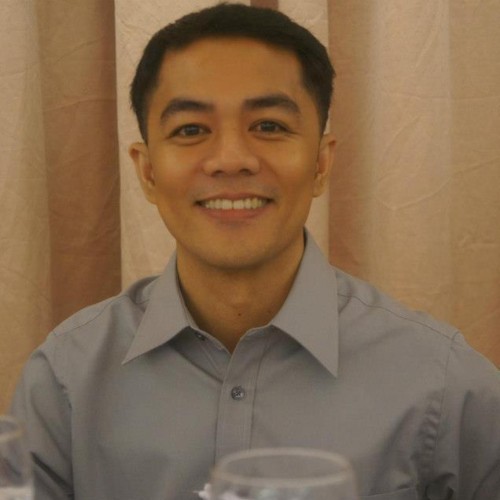 Mervin Medelhttp://Philtimes.com.au
I am a stock market investor. I have been in the Philippine stock market since 2009. I read a lot about value investing and fundamental analysis. I am a big fan of the billionaire Warren Buffett. I use his investment philosophies as my style of investing.

Everyone likes to party. It is fun! Food, drinks, and friends! TGIF is a favorite expression. No one wants to miss it out. You know what, there’s also a party in the stock market. There’s party when it’s a bull market! Everyone is kind of happy. Money, money, money. It’s overflowing.

Bull markets happen when stock prices continue to reach new highs. Generally, investors look at indexes to determine whether it is bull or bear market. In the Philippines, it is PSEi (Philippine Stock Exchange index, which is composed of 30 big companies), in the US they have Dow, Nasdaq, and S&P 500, in Australia ASX 200.

For those who are observing the market, you may notice that once an index reaches new high, it will most likely continue to rise in the coming days, weeks, or even months, sometimes years. Why?

If my memory is correct, it is Peter Lynch* who made up the phrase ‘Can’t miss the party’ attitude. This is exactly one main reason why stocks continue to rise. Many want to take advantage of the momentum of the market. But what exactly does that line mean?

According to the billionaire Warren Buffett, there are two dominant emotions in the market, fear and greed. Fear happens when short-term investors sell their shares because of bad news. Once traders see red, they would sell too; same-minded investors would follow causing the market to dive further. All are afraid to lose money.

Well, that’s the psychology in this market.

I’m sure many are familiar with PX (Philex Mining Corporation). This is exactly what happened to its stock price. When the news came out about the Padcal mining mishap, PX’s price started to spiral down, from as high as P25.90 in April 2012 to the bottom of P7.85 in November 2013. I bet many lost money in the said company.

Greed, on the other hand, is when investors buy more shares when they read and hear good news, causing prices go up. Others are happy to see their stocks rise and this prompts them to buy more thinking they’ll gain more.

And hey, observe this: at this stage of the bull market, everyone claims to be a genius, because everyone sees their stocks go up. Equity analysts boast themselves to be experts in the field, it’s as if they can’t make a mistake. They then invite their friends to come to the party (green in the market is really enticing). Newcomers don’t want to miss the fun as well.

One example is, during the fourth quarter of last year, news broke out that two of the biggest banks in the Philippines would merge, BPI and PNB. Everyone got excited. This caused PNB’s stock price to shoot up from P70 to P114 in a span of six months (whoa that’s 63% increase in a short period!). All because everyone didn’t want to miss the party.

But until now the merging hasn’t happened. PNB now is back at P83. I’m sure many lost money here as well. What’s the right attitude then? Simply don’t attend the party. You’re actually late if you do attend. Go to the party before everyone else goes! You’re part of the mob if you always go partying with many. Don’t follow the mob psychology. You’ll lose money if you do that.

I’m not suggesting market timing either. Indeed, no one can perfectly time the market. No one can buy at the exact bottom and sell at the exact ceiling. As what value investors suggest, buy when there is successive red in the market. Buy during these times because stocks are offered to you at discounted prices.

One more thing, buy also after the party is over! Last year, PSEi reached new highs for 31 times! Stock prices went up! What a party indeed. The highest point it reached was in May at 7,392.20 (and in April and May I started selling most of my stocks). After that, the index slid slowly.

In just three months, in August, it went down to 5,738.06; a decline of 22.38%! Many stocks became bargains. It’s during these declines that you should go to the party even if no one is around! You should buy in times like this! Well you know what, PSEi is now back at 7,200 points territory.

Let me leave you with a quote from Sir John Templeton, a successful value investor and philanthropist:

It’s indeed rewarding if you go before and after the party! It’s actually just okay missing the party.

*Peter Lynch was a manager of the Magellan Fund, a mutual fund in the US, between 1977 and 1990; it averaged 29% return. He wrote three great books, and I happen to read the two: One Up on Wall Street and Beating the Street. They are highly recommended for those who are serious in investing.

Disclaimer: Stocks that are mentioned are not recommendations for you to buy or sell them.

Mervin Medelhttp://Philtimes.com.au
I am a stock market investor. I have been in the Philippine stock market since 2009. I read a lot about value investing and fundamental analysis. I am a big fan of the billionaire Warren Buffett. I use his investment philosophies as my style of investing.
Share
Facebook
Twitter
Pinterest
WhatsApp