Pecks Road glazes the way for Filipino flavour in Australia From passion project to full-time hustle, Jonah Manzano emerges as an artist out of lockdown

The language we all need to be fluent in 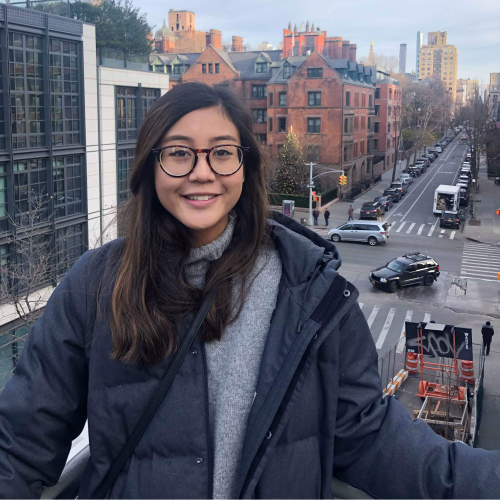 Tricia Lee Rivera
Tricia Rivera is an emerging writer just looking to find the right words. Her writing interests include but are not limited to; human rights, faces in the community, and film.

In the back kitchen of the Ukrainian community centre, metres away from the liveliness of the Melbourne Market Co, Albin Lawang, the creator of Pecks Road, shares insight into how his business got momentum and gives an ode to Filipino cuisine.

Albin Lawang started his doughnut business, Pecks Road, amid the lockdown in Victoria alongside his two brothers after being made redundant at his head chef position at Howler.

Albin saw his redundancy as an opportunity to start a business that would give him clarity and control. He has gotten his foot in the door by trialling small batches of his doughnuts and operating on delivery and pick up basis.

“I used to be very much so a perfectionist. I was constantly trying to research without any sort of execution

“It was when I thought ‘screw it, let’s just go for it, let’s just dive in head first.’  That was probably when I made the best decision I’ve made,” Albin said.

He believes the delivery and pick up mode of operation is a good start for emerging businesses.

“It’s definitely something great to start off with just to put yourself on the grid and then gauge the market and everything and moving forward you can start to expand.”

For those looking to start a food business, he recommends investing time into a social media presence as it is something that has separated Pecks from its competitors. The business is a family affair, with his brothers contributing to website design and content creation.

“We take a lot of pride and time into creating content so we have specific days throughout the week where we meet up and I’ll make a fresh batch of doughnuts that we want to promote.

“I think [a media presence] certainly played a huge role in how we’ve gained so much traction. Because of technology, it’s made it more accessible to reach more people, but in saying that you kind of need to stand out from the oversaturated businesses.” he further said.

Filipino cuisine has been growing in popularity with the emergence of Hoy Pinoy, Kariton Sorbetes and now Pecks Road, which has put the country’s food on the culinary map. Young Filipinos especially are giving Pinoy flavours prominence in Australia.

“It’s awesome when [our customers] take a bite out of a ube doughnut or a leche flan and they really really love it.

“We’re seeing a lot more now that the younger generations are giving back to the older generation by highlighting and showcasing Filipino culture. It’s really grounding and humbling [to do this]” Albin said.

Pecks Road plans on releasing more Filipino flavours in the coming months and is working towards opening a physical store in the near future. You can suggest a flavour on their website: pecksroadcheatmeals.com.

Tricia Lee Rivera
Tricia Rivera is an emerging writer just looking to find the right words. Her writing interests include but are not limited to; human rights, faces in the community, and film.
Share
Facebook
Twitter
Pinterest
WhatsApp

Previous articleOn getting the COVID-19 vaccine: Are you in or out?
Next articleBouncing back from the pandemic: A gender perspective
- Advertisement -