Best sports for losing weight in a short time

Why are bidets essential in every bathroom?

How gardening can teach your kids life skills 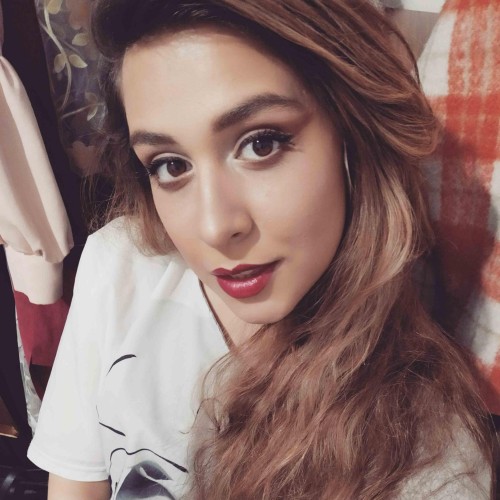 Alison Pearson
Alison Pearson is an interior design student. She is a writer and designer, and her ultimate passion is art and architecture. She is also a bibliophile and her favourite book is “The Sound and the Fury” by William Faulkner. Follow her on Twitter.

Losing weight is a lengthy process, however, a lot of people can’t wait to start shedding some of these extra pounds by not eating enough food. This is not just ignorance or setting unrealistic expectations, it’s about staying motivated. A lot of people set a goal, read a motivational book, or watch a motivational video, which gets them started. Then, after a while, after not seeing immediate results, they get demoralized and quit. In order to avoid the same fate, here are some of the ways in which you’ll see the results the quickest.

The benefits of sprinting are that you can burn up to 1,500 calories in an hour which leads to losing weight. Still, it’s impossible to sprint for a full hour, which means that the equation might be a bit off. It’s a full-body workout, which kickstarts your metabolic rate. In fact, your calorie burn will be increased for several days after a workout. (a great testament to the fact that it’s a proper full-body workout). Moreover, you shouldn’t be surprised to have more sore muscles than after a day of a particularly arduous weightlifting session.

Weightlifting is one of the best ways to kickstart a massive physical transformation. Same as sprinting, after lifting weights, your body will have an increased calorie burn for hours and days. Second, by getting more muscle mass, your base metabolic consumption will be increased. This means that even when not training, you’ll burn more calories per hour, which will help you stay lean. According to experts behind CyberFit, exercises like squats and deadlifts burn the most calories, seeing as how they work for the largest muscle groups.

Now, while there are some who put all the martial arts in the same category, combat sports are an entirely different thing. Before anyone asks, MMA is (regardless of the name) a combat sport. Now, pressure testing and sparring burn the most calorie. However, it’s important to understand that conditioning is a massive part of this sport. In any gym, you’ll find a lot of people who are serious about conditioning and technique without ever planning to step into the ring. One of the reasons behind this is the fact that combat sports are one of the best ways for losing weight in a short time.

If you cycle intensely enough, you can burn anywhere from 700 to 1,000 calories in an hour. The best part is that, unlike sprinting, you can actually cycle for a full hour. Speaking of losing weight, when was the last time you saw an overweight cyclist. Now, we’re living in a time where gas prices are running rampant. It means that switching to this form of transportation makes even more sense. The best part is that if you don’t want to expose yourself to the dangers of the open traffic or use a bicycle for a commute (and get all sweaty on your way to work), you can just buy a stationary bike and use it exclusively for weight loss.

A sport like a game of soccer can burn between 600 and 900 calories per hour. Now, these calories are mostly burned running. Basketball burns 500 to 700 calories per hour, which is mostly running and jumping, which means that the majority of calories are burned by some sort of a simplified HIIT routine. So, why would one partake in a group sport rather than just run or do HIIT? The simplest answer is that these sports are more compound, more fun, and a workout and social activity at the same time. Is not just about losing weight, it’s about the motivation that will drive you to be consistent.

The biggest draw of gymnastics is that it helps you not just burn a lot of fat in a short period of time but the fact that it will help you shape your body like no other activity out there. Sure, it’s a moderate calorie-burning exercise (seldom exceeding 500 calories per hour) but it also helps you boost your balance, flexibility, and swiftness. Keep in mind, nonetheless, that it’s a lot harder than some other forms of exercise, which means that the threshold is a bit harder to pass.

Other than just giving you a chance to burn 500 to 800 calories in an hour, swimming is one of the safest ways for you to lose weight. While not impossible, the truth is that it’s quite difficult to get injured while swimming (unlike with running, group sports, and especially combat sports). Second, swimming moves virtually every muscle in your body, which means that you’re strengthening your entire organism swimming. It provides cardiovascular benefits, boosts your posture, and helps you feel a lot better.

The last thing you need to understand is that “losing weight in a short time” and “losing pounds in a couple of days”, are not one and the same thing. So, regardless of how hard you push yourself and how efficient (in terms of calories burned per hour), you choose, setting realistic expectations is still going to be key to making it until you reach your goals.