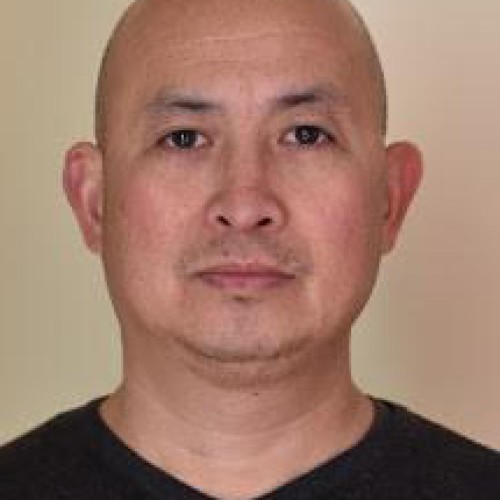 Fr Fernando M. Suarez. C.C. was not only a healing priest for those suffering from physical and mental illnesses, but his sermons also provided inspiration for emotional and spiritual enrichment.

On 4 February 2020, three days before his 53rd birthday, Fr Suarez died of a heart attack while playing tennis at the Ayala Alabang Clubhouse in Muntinlupa, Metro Manila.

He was laid to rest in his hometown in Butong, Taal, Batangas on 8 February 2020.

Fr Suarez was a Filipino Catholic priest who performed faith healing in the Philippines and in many countries including Australia.

Fr Suarez was born in Taal, Batangas, Philippines on 7 February 1967. He was the oldest of four siblings. His father, Cervando, was a tricycle driver and his mother, Azucena, was a seamstress.

He started working at a young age of 12 by renting inflatables (salbabida) at Butong Beach in Taal, Batangas.

He finished a Chemical Engineering degree at the Adamson University. After uni, he entered Christ the King Seminary but left just after six months.

Fr Suarez discovered his healing gift when, at the age of 18, he prayed over a 60-year-old beggar woman who he found outside Quiapo Church. The woman was paralysed which according to Suarez, was able to walk again after his prayers.

In 1995, Fr Suarez went to Canada upon the invitation of French-Canadian student Mark Morin who he met and agreed to form a business partnership. However, Fr Suarez had a different calling when he later decided to enter the priesthood.

In 1997, he joined the Companions of the Cross in Ottawa, Canada.

While still a seminarian, Fr Suarez prayed over a Canadian woman who was declared dead eight hours earlier. The woman opened her eyes after he prayed over her.

In 2002, Fr Suarez was ordained at age 35 and began to focus on faith healing. In July 2003, he was assigned to do faith healing work. He then established Mother Mary of the Poor Healing Ministry with the mission and intent “to seek holiness in evangelising and working with the poor through the intercession of the Blessed Virgin Mary”.

Six years later, he returned to the Philippines to continue his healing ministry.

MMMP is a pious organisation based in San Jose, the Philippines which has been serving the needs of Church communities in mountainous and remote areas and island villages where the poorest of the poor are located. The group assists in delivering basic services such as clean water, electricity, and health. It also builds churches and outreach centres for the poor that provide dignified place for worship.

Fr Suarez’s ability for supposedly healing the sick attracted a number of controversies, including serious allegations that he sexually abused minors and that he used his popularity to make money.

The sexual charges led Suarez to temporarily stop his healing ministry. He said many bishops had not allowed him in their dioceses.

It took five years before he was cleared of the sexual charges, two weeks before his unexpected death. Fr Suarez was preparing for his return to active duty as a priest after the Vatican allowed him to resume his work when he passed away.

Suarez’s popularity as a healing priest also attracted the attention of many of his peers in the Catholic Church.

One of the complaints Suarez had received was not following a Vatican rule on healing activities under the Church issued by the Congregation of the Doctrine of Faith (CDF) which required priest healers to first obtain permission from the local bishop before conducting healing Masses.

Watch some of Fr Suarez’ inspiring homilies during his faith healing Masses.